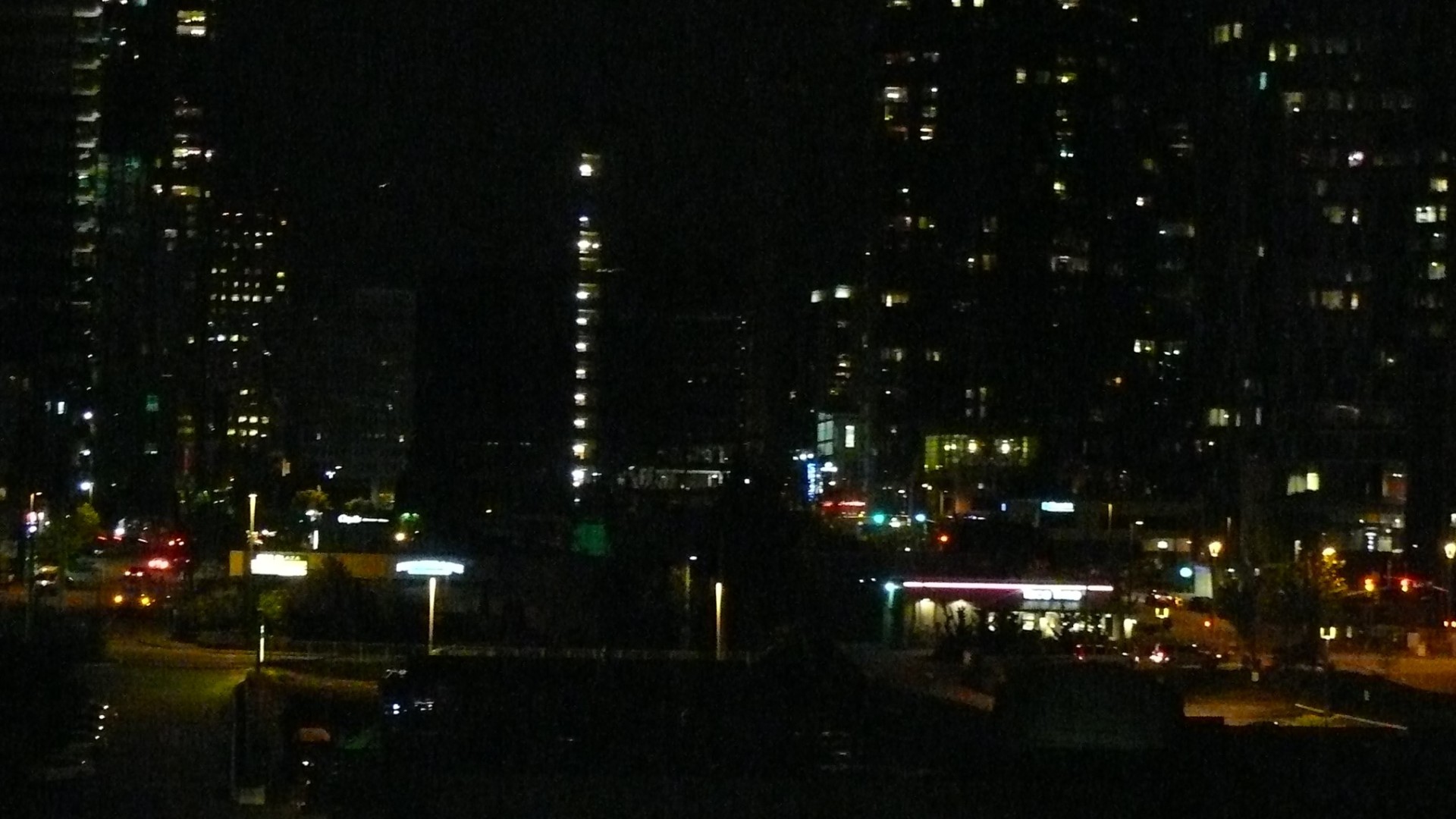 It used to frustrate the living daylights out of HG until I explained that I just HAD to do it – it was more uncomfortable staying in bed and he would get less sleep the more restless I became. It makes no difference where I am – back home in the very quiet rural village we live in, or here in Seattle living on the fourth floor overlooking Bellevue with all the night time lights and noises – I wake midway through the night. 90% of people with Parkinsons Disease ‘suffer’ with sleep disturbance and is actually quite interesting – all tied up with REM, vivid dreams, medication and sometimes just pain for me. So it is with resignation and hopes of a peaceful sleep that HG now says nothing at all if and when he hears me sneak out of bed at night.

While the day time shift of Bellevue sleep, the night time shift gets to work in a quietly organized and regimented sort of way. I have gotten to know them (from the fourth floor) quite well without a word being spoken between us! You would think at first glance out at the early (for me usually about 2am onwards) Bellevue morning that there was no one around, but watch a bit longer and you realize there’s a hive of activity.

Around this time or sometimes earlier, is the very busy wee truck which looks a cross between a crab and a beetle, and sounding like a crow crowing when he reverses!  He beavers up and down the alley ways with great proficiency emptying each and every skip. This driver has obviously been doing this round for a very long time is there is no hesitation between stops – he knows his route! I always have a thought that I hope there’s no one in any skip sleeping!

I do wonder though about the person who lives on the 15th floor a few blocks away who’s television plays all night. Such is apartment living, that unless you go round with your eyes closed it in impossible not to notice these things, however we are lucky enough that our apartment is on the very fringe of the high rise zone and so Mr. 15th Floor’s TV is but a flickering blur when the scene changes. I wonder if he is a bit of a night owl too? Maybe him and I should join the 24-hour gym across the way? I don’t think I have ever been up during the wee small hours and not noticed the vague shape of one or two people moving about in there.

There is one neighbor who looks directly into our lounge but I notice after a strong wind the other day he had gone and left his web in tatters – covered with cotton fluff which is flying off the trees at the moment like snow.  He lays still as still all night waiting for a ‘catch’, and no doubt cooking under the street lamp he’s chosen to live in. 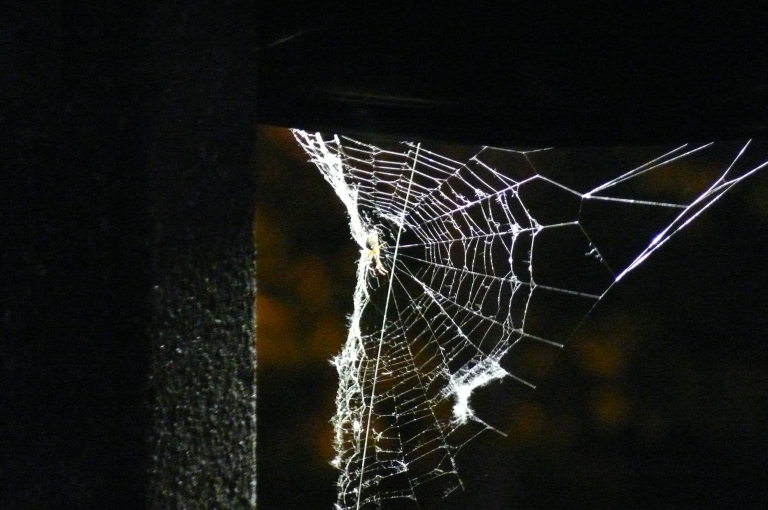 Then there are the many food trucks, the Seattle Times newspaper van, and the Police patrolling, and occasional black shadow walking, all zipping to and fro, crisscrossing the streets like a game of 0&X!

The problem I am faced with now that I can enjoy my nocturnal ‘break’ without worrying HG, is ignoring what’s behind the fridge door when I’m up!