I can’t believe we are potentially six weeks away from the end of HG’s 6 month secondment  here in Seattle.  At times the time has ticked by slowly, and at other times it has just sped.  The last month was a speedy time flyer, and yesterday I said au revoir to one of my beautiful sisters (lucky me – I have two!) who arrived the day my mum-in-law left, who had arrived the day our Son’s 1 & 3 had left, who had arrived two weeks before then – namely July 20 2016!  It’s very quiet in the apartment today ………. and I’m feeling a wee bit homesick  – again!

The weather has been beautiful here – hot, hot days (in the late 20’s, mid 30’s Celsius some days) and very little wind.  We’ve had some absolutely gorgeous evenings where a walk around our local ‘Old Bellevue’ Main St, and down to the waterfront after dinner has been pure bliss.   Last weekend spent in Vancouver was the same.   Canada is entirely a different kettle of fish to America and perhaps – to me at least – a little more like New Zealand personality wise. 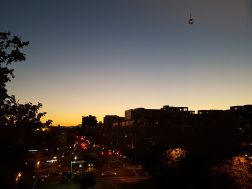 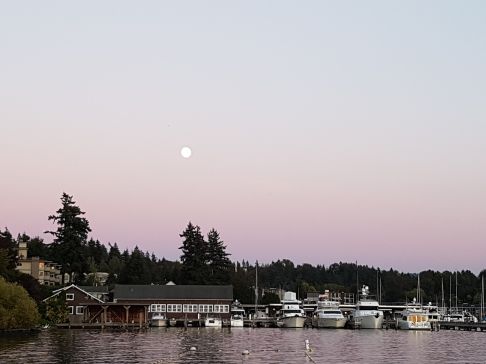 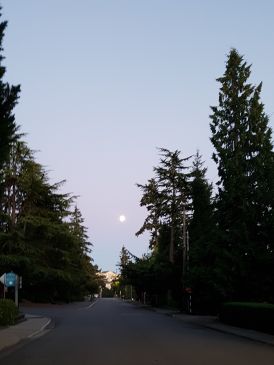 After arriving just over a week ago and staying with HG and me for 4 days, My Sister continued up to Vancouver to see her daughter & partner, and cutie wee grandson.  I went with her – mainly as a buying advisor!  No – just kidding, MS inherited the ‘stylie’ gene in the family and showed huge restraint with her purchases making very considered choices after much discussion and thought as to the merits of each piece.  We had fun doing this without the usual time restraints and justification excuses!  HG arrived for the last two days of our Vancouver jaunt,  proving very handy in the ‘entertaining his great nephew’ department – both having an obsession with the red trucks that go WEEEooo WEEEooo they had plenty to chat about.

Wandering around West End Vancouver in the evenings was fun, we enjoyed the vibrant and laidback tone.  We wandered through Gastown for the first time too Saturday morning where I finally I found the stores that stocked my  dream wardrobe ………. a week before pay day (as usual).   I made a note of them so that perhaps I could buy on line – or at least dream about doing so!!  Oak & Fort being my absolute favorite. 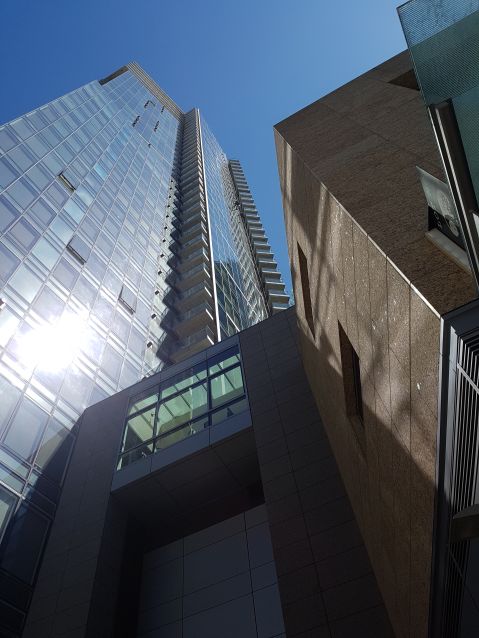 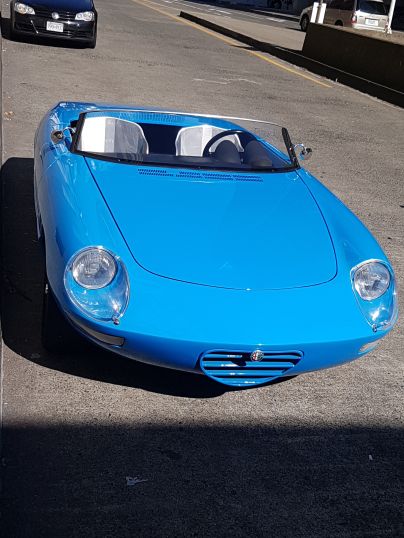 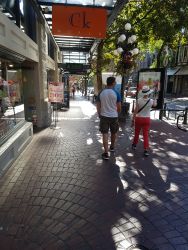 Not sure what sort of tree this is

Looking out for Firetrucks

With potentially 6 weeks of Seattle living before we leave for home in New Zealand the wish list of things to do before we leave has started to grow.  MS when here in Bellevue made use of the ‘design your own shoe’ department at Nordstrom – Shoes of Prey.  After having the best hour or two playing around with possible combinations of heel and toe shapes, fabrics, and colors I’ve decided that I just have to have a go before I leave! 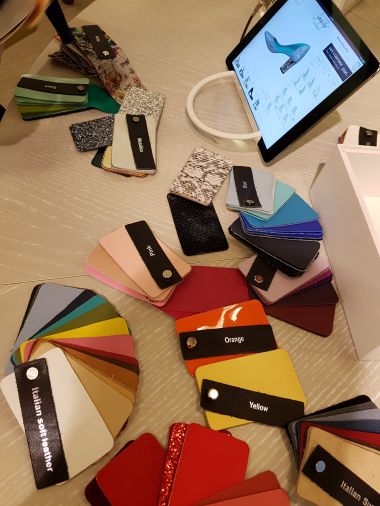 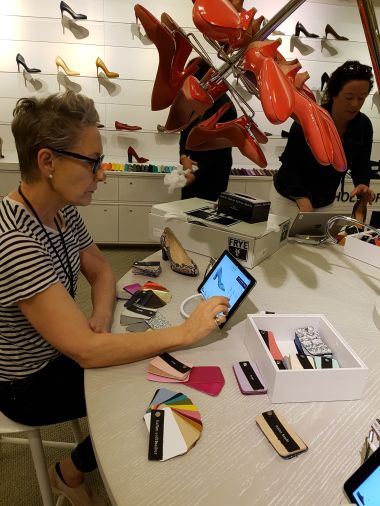 Travelling home from Vancouver on the iconic Greyhound bus is one that we can tick off that list – and probably say never again to!  Whilst the bus driver alone we would have bought a ticket to watch – the drive itself from Vancouver to Seattle was long and uncomfortable with several stops made along the way.  The driver, however, was awesome – sitting up the front we could see his every hand gesture, shrug, and under the breath mumble made to slow drivers, traffic jams, and inconsiderate drivers!  He was more entertaining than Rhys Darby!