It’s been a while since I’ve last blogged – two years and one month to be exact.   I’m so pleased that I took the courage to start my Redalders Blog way back then because it gave me a connection to friends and family back home in 2016 when we spent six months on the other side of the world, in Seattle.

The last two years (and one month) back in New Zealand have been busy reacquainting ourselves with our newly built house, starting up our own business, and trying to keep our neurotic Millie Dog happy!  She’s a staffy – need I say more!  But spent, also, reminiscing about our time in Seattle – just Hunter Gatherer and me – it was an adventure, a massive step out of my comfort zone, and it was so refreshing!  So, when I heard that the 3M Scott Firefighter Combat Challenge World competition was going to be held in Sacramento 2018 I ‘encouraged’ HG to attend.  ‘You can do it’ I said forgetting the hours needed at the gym to prepare for such a tough and grueling event, but knowing he was my ticket to another USA adventure.

Before he knew it, I had booked a large house on the internet and sent a note around our fellow New Zealand FFCC friends asking who would like to join us.   It was our fifth trip to this competition in America, but our first trip to Sacramento.   Bonus was that Son 1, his partner, and Son 3 wanted to join us along with around 18 other New Zealand Firefighters already signed up for the event.  This group of hard training, dedicated firefighters made Team New Zealand.

I’m not sure what was more surprising – the extra screening for all passengers flying to America (questions such as why, who, what, and where in America) in New Zealand before even reaching the boarding gate, or the 2 ½ hour queue through immigration upon arrival at San Francisco.  Yes, there was ONE immigration officer working and possibly over one thousand people in the line.

Nevertheless – we were on our way to America and I was excited.  I even talked myself into feeling ‘happy’ for HG who had scored an upgrade into Premier for the 11 hour flight over – hot towels (who needed those – I had my L’Oreal Age Perfect face wipes), extra comfortable seating (they’re not that much more comfortable…are they?), and undivided attention by over friendly airline staff (well, I was trying to sleep anyway).  It was easy!

I love America – it’s vast, and they love their Firefighters.  What I’d forgotten about when promoting this trip to HG was the energy it takes for the accompanying ‘supporter’ to do her/his role for the week (to understandably justify their passage).  By the end of the week I was tired, but for the sake of these supreme athletes and their quest to better their times or reach whatever goal they had chosen, I continued to stand track side taking photos, yelling my heart out, and being genuinely in awe of their achievements.  My desire to go shop for shoes, handbags, and clothes was put on the back burner, deciding anyhoos that the exchange rate was not good.  It made the shop less trip more sensible!

Sadly, HG had to withdraw from the competition a few days into it as he pulled an oblique muscle during one of his runs – I felt slightly guilty I had talked him into committing to the event whilst disguising my desire for another American adventure, but he ably slid into the role of Supporter ………..number 2, of course!

I do recall though telling Ann (Veteran Supporter and wife of a fellow FFCC legend) that this would be my last ‘Worlds’ trip.   I’m thinking now that the comment may have been spoken in haste as I’ve heard ‘Worlds’ may be in Montgomery next year – and I know Santa Fe (Georgia O’Keeffe Country and my favorite place in America) is between there and New Zealand!  I’m sure an oblique muscle tear could repair in 12 months – given a bit of encouragement? 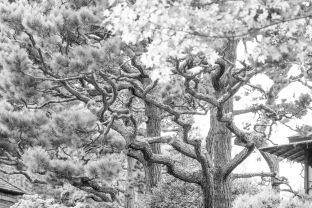 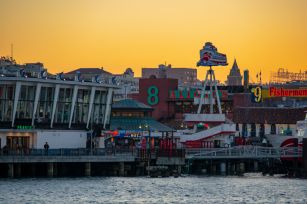 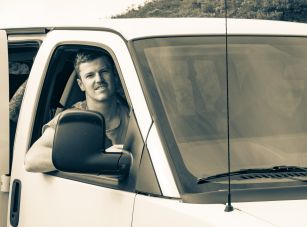 The BEST lunch this week, Sausalito 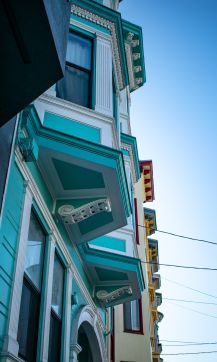 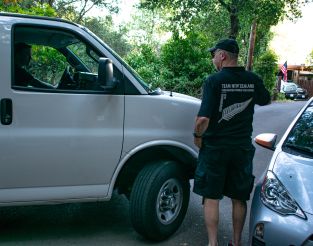 Detour to collect a friends gear 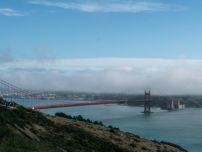