My photography lesson with Lindsay went well. She was patient and kind and repeated herself often – initially at my request “could you just say that again”, but then latterly as a matter of course! It seemed to take my brain just a wee bit longer to get its head around the fact that the aperture is bigger the lower the number its on, but the shutter speed is the other way round.  And which do you adjust first – because adjusting one means you need to then adjust the other functions?  So much to take in and only an hour and a half to do it and with a brain not used to concentrating that hard for that long! One of my favourite quotes sprung to mind:

“If the person you are talking to doesn’t appear to be listening, be patient. It may simply be that he has a small bit of fluff in his ear.”   AA Milne

Needless to say since seeing Lindsay I have been practicing taking photos on manual mode which is a must for learning, but not always ideal for capturing the wanted moment. By the time I have gotten the aperture size, shutter speed, and ISO all correct to give me a good light reading the target has flown, gone, moved, or just simply stopped smiling. It is very frustrating, and often I am tempted to revert to taking photos in Auto mode ……….. but the tiny bit of me left named ‘determination’ says NO!   Me taking photos on manual mode means it takes a whole lot longer to sight see and what would normally have been a half hour walk around the Japanese Gardens in Seattle on Saturday took three quarters! It must have been very frustrating for HG and sons 1 and 3 – particularly son 1 who can’t sit still for long and had walked the entire gardens before I had taken my first photo.

Built in 1959 after the dust of WW2 had settled the Japanese Gardens in Seattle are beautiful and well worth a look through.  As son no.1 mentioned though, it was a shame they were situated beside a busy road as it lost it’s peacefulness.

Masses of Koi swimming in the lake and this one hoping that perhaps I had some food! The ducks swimming on top of them every now and then gave them a peck to get them from under their webbed feet! 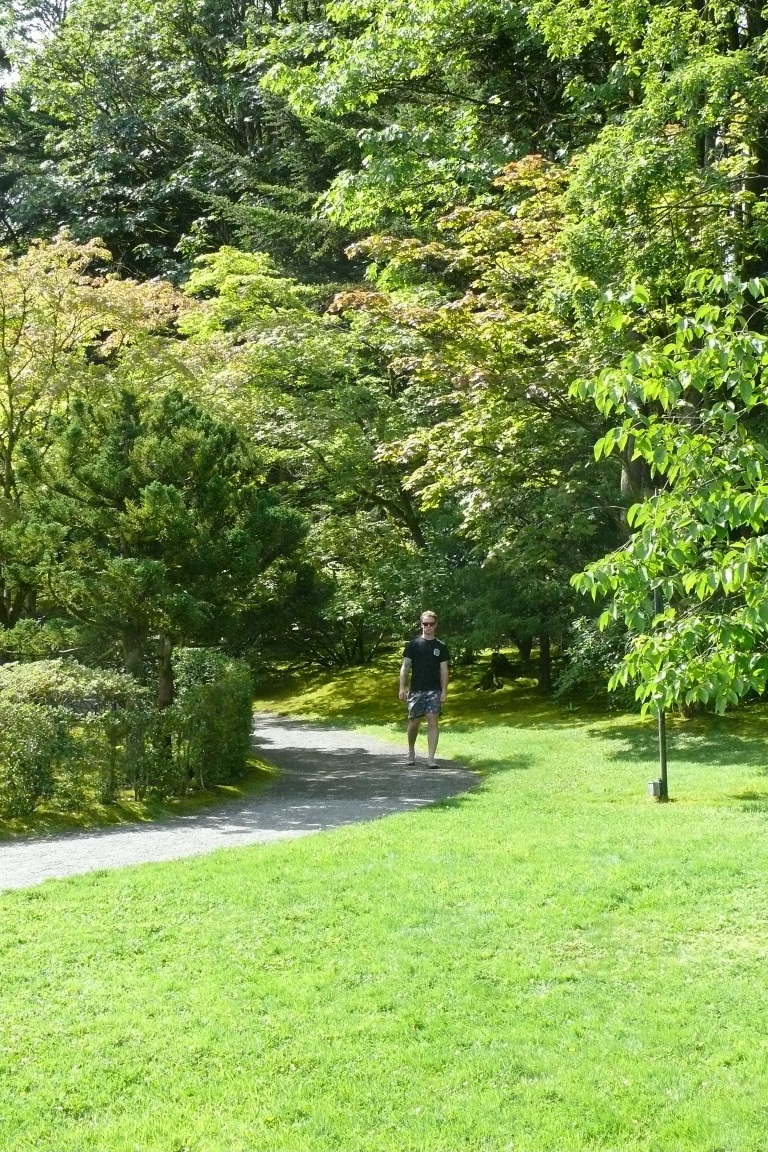 Because we had hired a car for the day we decided to make the most of it and after the gardens, again visited the Chittenden Locks.  This was of course, the first visit for sons 1 and 3, but the third visit for HG and me – and likely not to be our last because we just think it’s such an interesting place to take our visitors.  We had not seen so many boats crammed into the Locks before, and we were this time standing at the exit end of the lock so watched with fascination as they emptied the Lock and then opened the huge gates to let the boats free! 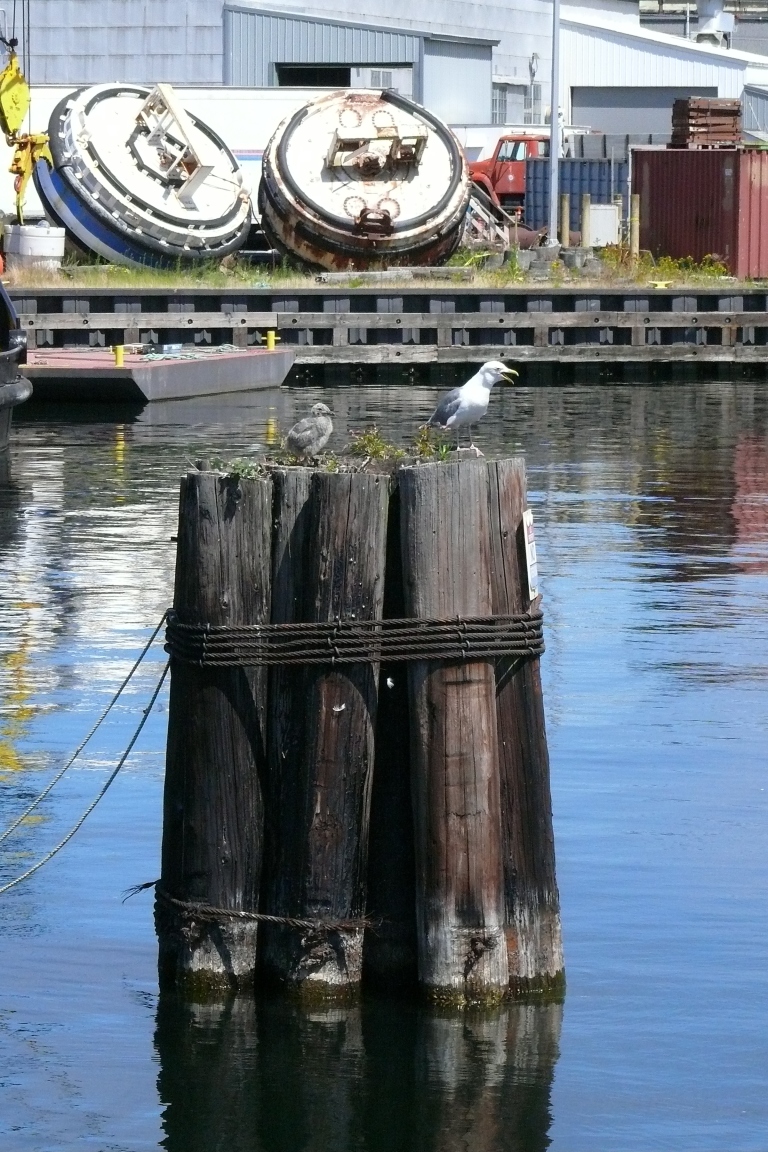 Then we hit the Tulalip Premium Outlet Shops north of Seattle.  This is a destination we had tried to get to with No.2 son and Gorgeous Girlfriend three weeks or so earlier ……… but I had got it wrong and we ended up instead at just a big mall.

Tulalip shops were busy, big, and hot.  The camera did not make it’s way out of the car  – it was another thing to carry, and all hands were needed for shopping!   There are two things to remember when at an Outlet with a sale on.  The first is to constantly ask yourself “do I really need this”?  Often, of course the answer is no.  Secondly when shopping for optimum enjoyment and purchasing success it’s best to go alone – arranging to meet at a certain time later.  These lessons were learnt after our spree!

Our excitement levels in our respective chosen stores where not always reciprocated and so a lot of time was sat outside while the other quickly looked about inside not wanting to keep the other waiting too long!  However, my best beloved HG fully embraced my shopping activity in the first store – Diane von Furstenberg – giving his opinion of my choices of dress to try on, being right behind me when entering the changing cubicle, and being able to reel off the price of the dresses without looking at the tag (he had seen the prices on the racks the dresses came from).  I loved it and was impressed with his enthusiasm!  It was akin to mine when he runs at a Firefighter Combat Challenge. Thank you HG xo

It’s also a good idea to sit down in the shade before walking back to the car with purchases and just think ………. is there anything else I need – or are these shoes really the right size, or even the same size……………yes, a quick run back to a shop to change sizes did occur.   We all ended up with the usual bargains of t-shirts, sports shoes, something for the GGs back home, and my beautiful Diane von Furstenberg wrap dress.  All cheap as chips.  Photos below were taken at home, in the cool, and not keeping anyone waiting while getting my light meter reading right.  I have another lesson with Lindsay soon, so will be checking for fluff in the ears before then! 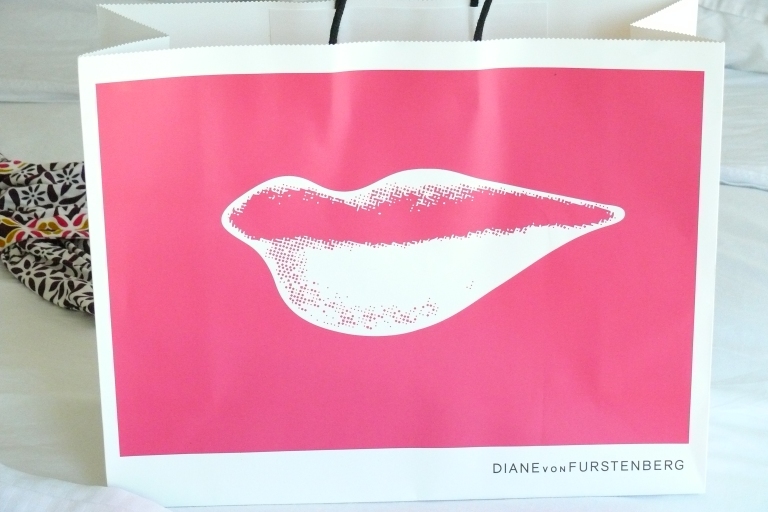 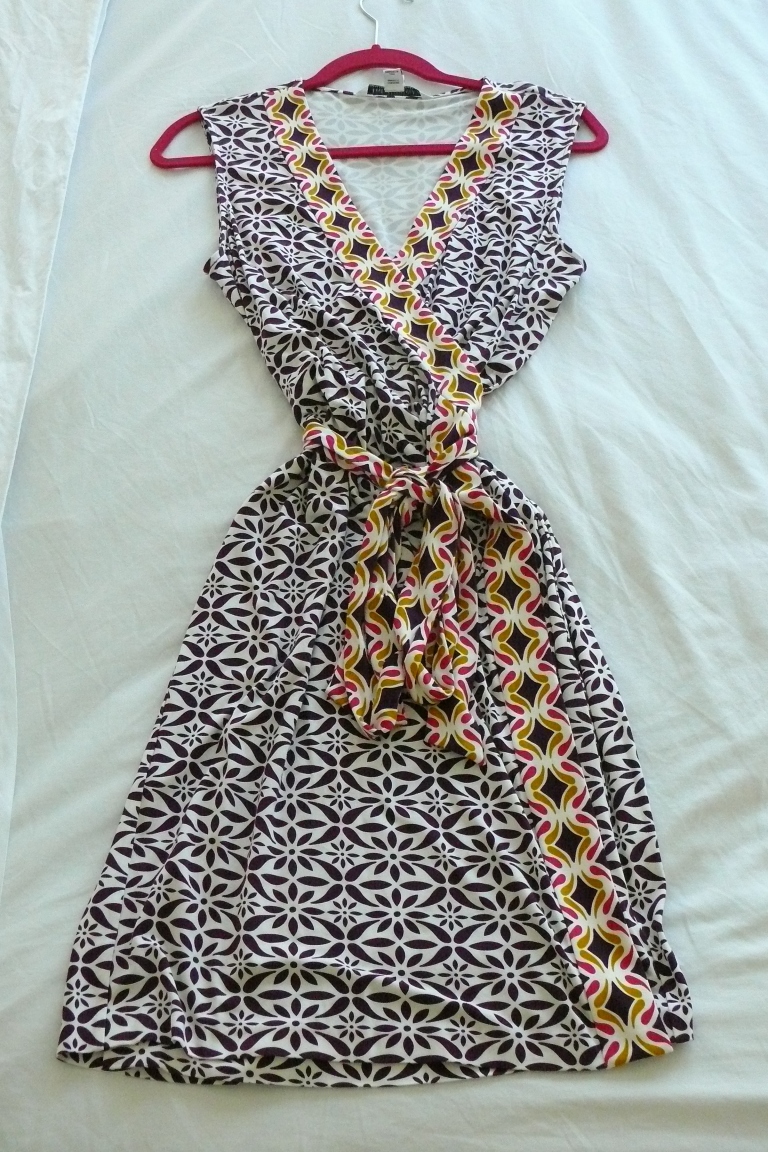 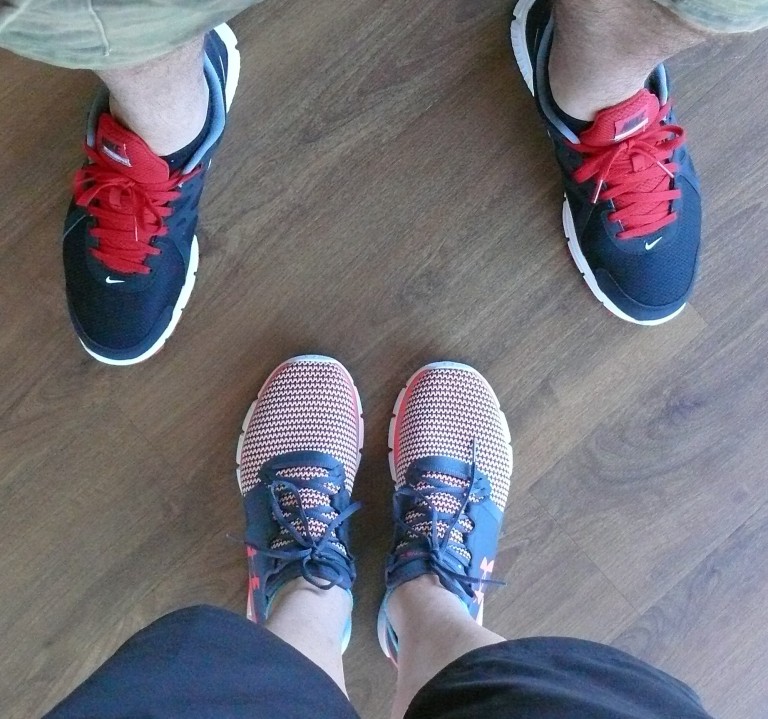