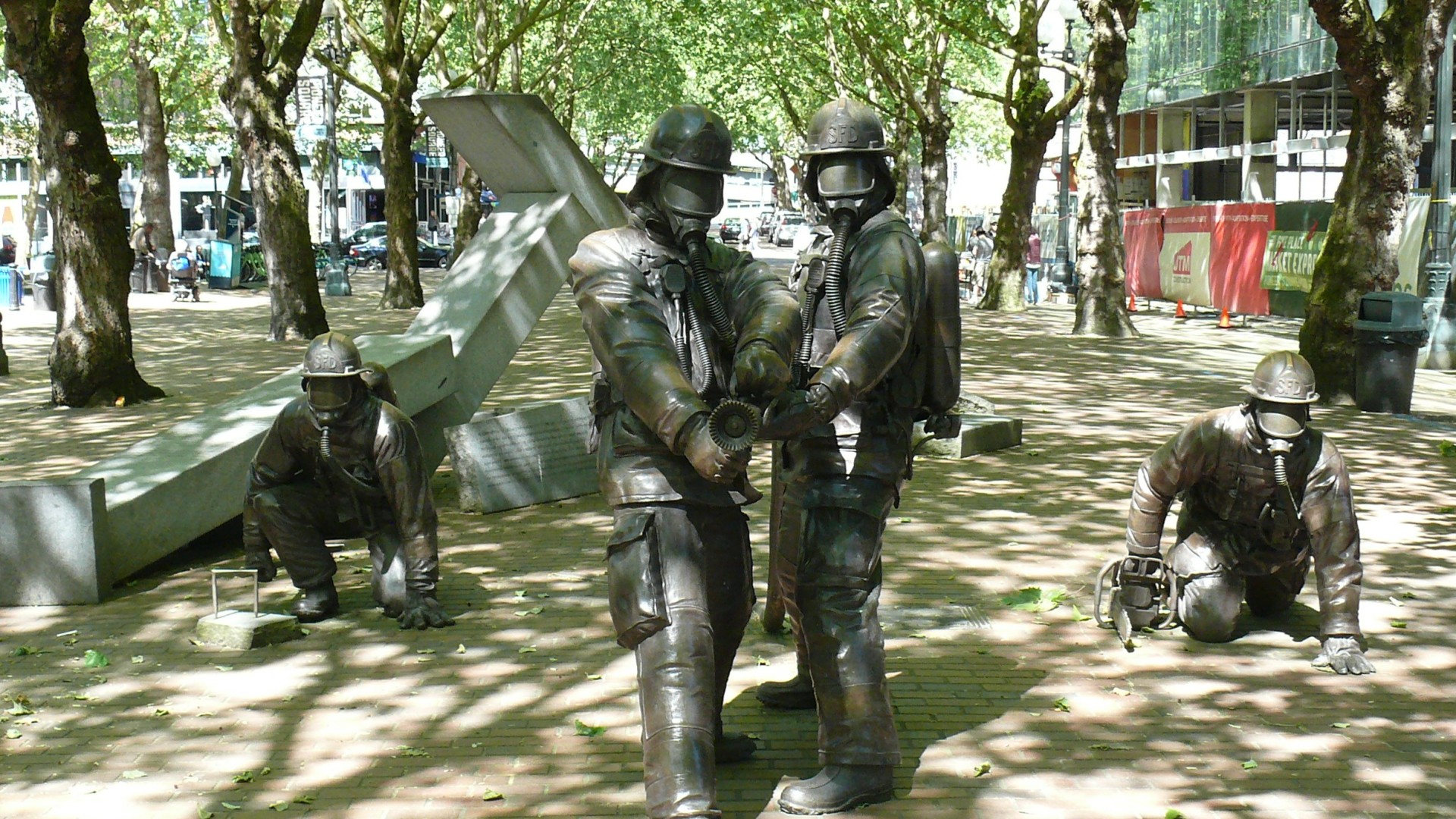 The Fallen Firefighters Memorial is in Occidental Square, Seattle – a beautiful paved and tree lined Square. The memorial is to honor four firefighters who on the 5 January 1995 died when a floor in the Pang Warehouse, International District of Seattle unexpectedly collapsed beneath them. When an investigation was done they found that the fire was arson – the warehouse owner’s son was arrested and is serving more than 30 years in jail. Two of the firefighters survived the fall to the basement as the floor collapsed and managed to crawl a short way before dying, the other two bodies were found where they fell. Tragically it is believed that all 4 died of asphyxiation after running out of air or losing the integrity of their Breathing Apparatus.

The Investigation into the fire led to a number of changes for the Fire Service.

On the day we visited Occidental Square it was sunny, quiet, and peaceful with few people milling about enjoying the warm weather. It felt a very fitting place for an awesome memorial to be placed for these very brave men.